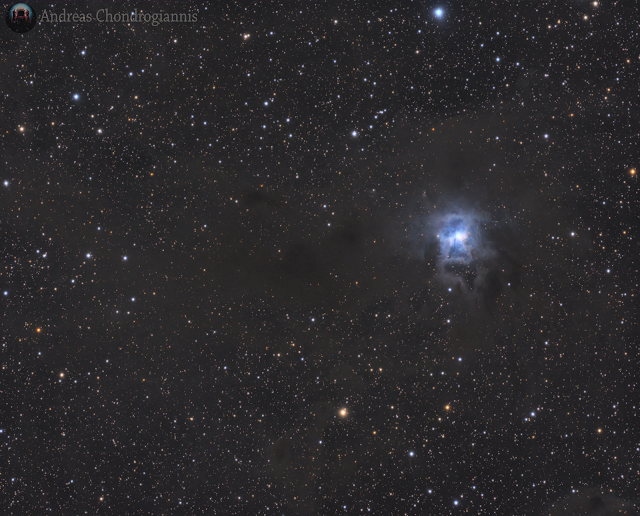 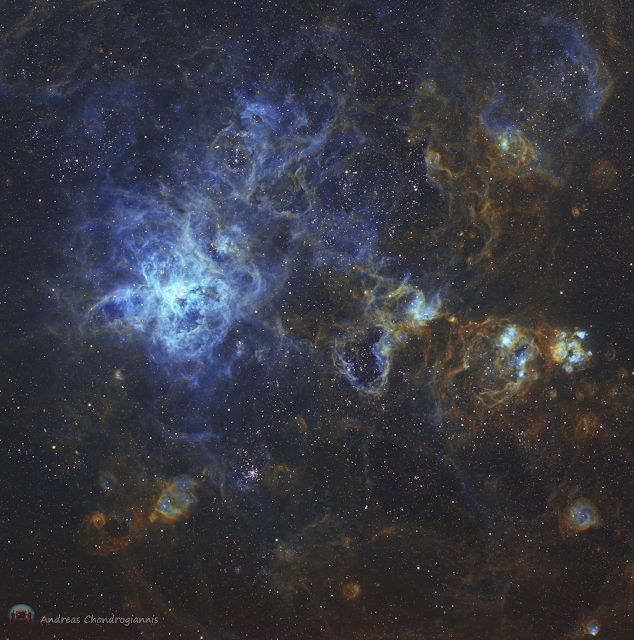 The Tarantula Nebula was observed by Nicolas-Louis de Lacaille during an expedition to the Cape of Good Hope between 1751 and 1753. He catalogued it as the second of the "Nebulae of the First Class", "Nebulosities not accompanied by any star visible in the telescope of two feet". It was described as a diffuse nebula 20' across.Johann Bode included the Tarantula in his 1801 Uranographia star atlas and listed it in the accompanying Allgemeine Beschreibung und Nachweisung der Gestirne catalogue as number 30 in the constellation "Xiphias or Dorado". Instead of being given a stellar magnitude, it was noted to be nebulous.The name Tarantula Nebula arose the mid 20th century from the appearance in deep photographic exposures.30 Doradus has often been treated as the designation of a star, or of the central star cluster NGC 2070, but is now generally treated as referring to the whole nebula area of the Tarantula Nebula.